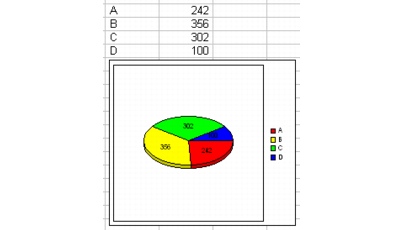 You can create 2D and 3D charts, as well as doughnut and column charts, which are variations of the original pie chart.

You can also create a pie chart in which one slice is expanded into a separate pie chart that displays its own detailed components.