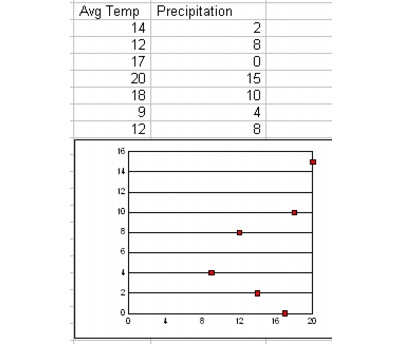 Scatter charts have x-axis series that contain numeric data instead of text labels. The y-axis scale is calculated from the data in the series. Each series value is plotted as a pair of coordinates. The first coordinate is an x-axis series value; it determines where the data point is placed relative to the x-axis. The second coordinate is the corresponding value in the series you are plotting; it gives the data point’s position relative to the y-axis.